Macro Update on Bitcoin and Its Current Market Cycle [October 2020]

Where Do I Think Bitcoin is Positioned?

It’s pretty clearly Bitcoin is it’s disbelief phase, or in the chart below in the take off phase of its market cycle: 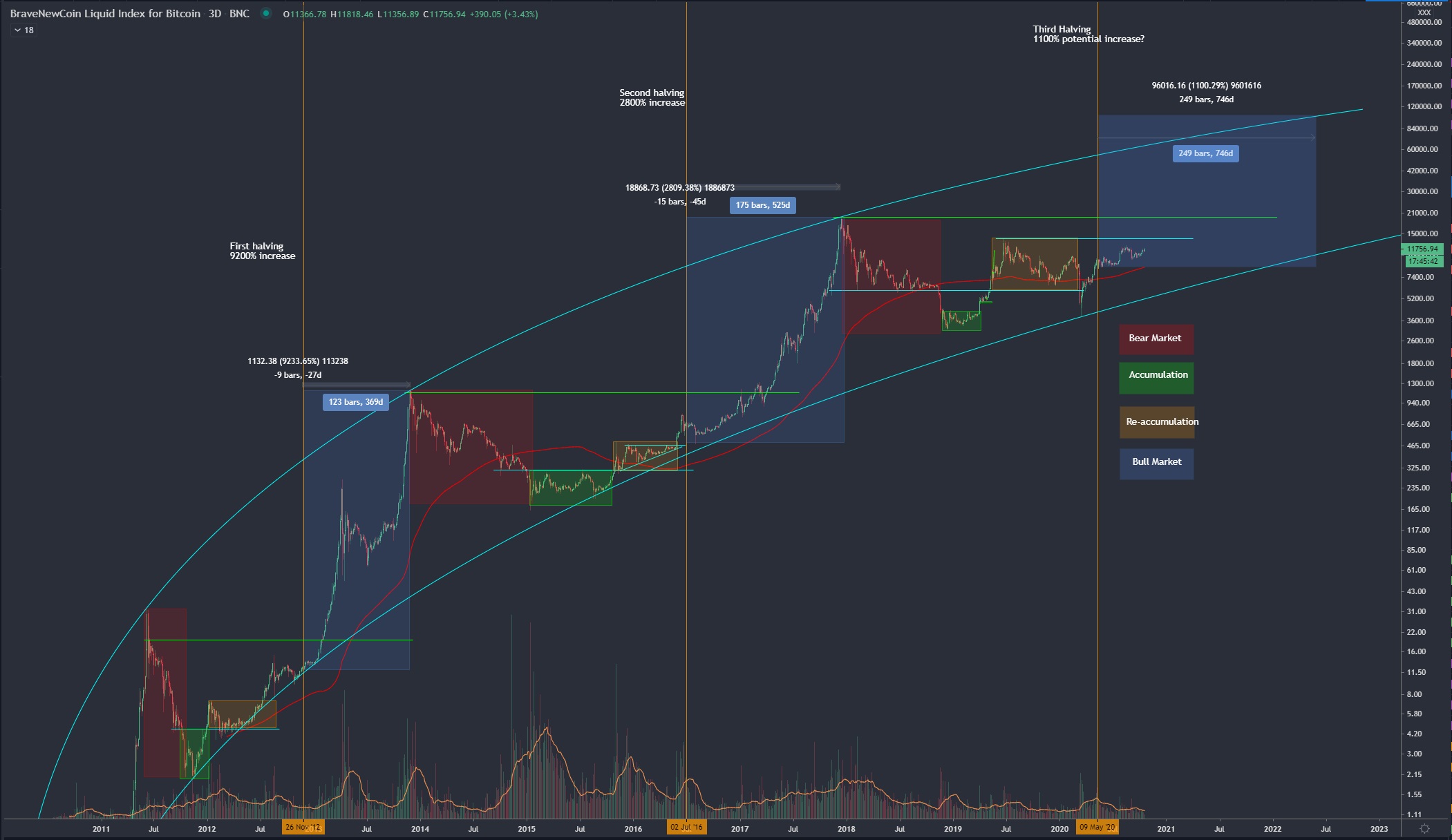 Post halving after 160 days is a key time in BTC’s cycle before it moves into a parabolic advance.

We were in a very similar position to what we are right now back in 2016. Back then, we flipped to a new high and moved into the major bull run that started in mid November (right after the US election).

This is shown in the blue phase being the bull run after re-accumulation on the trading view chart below: 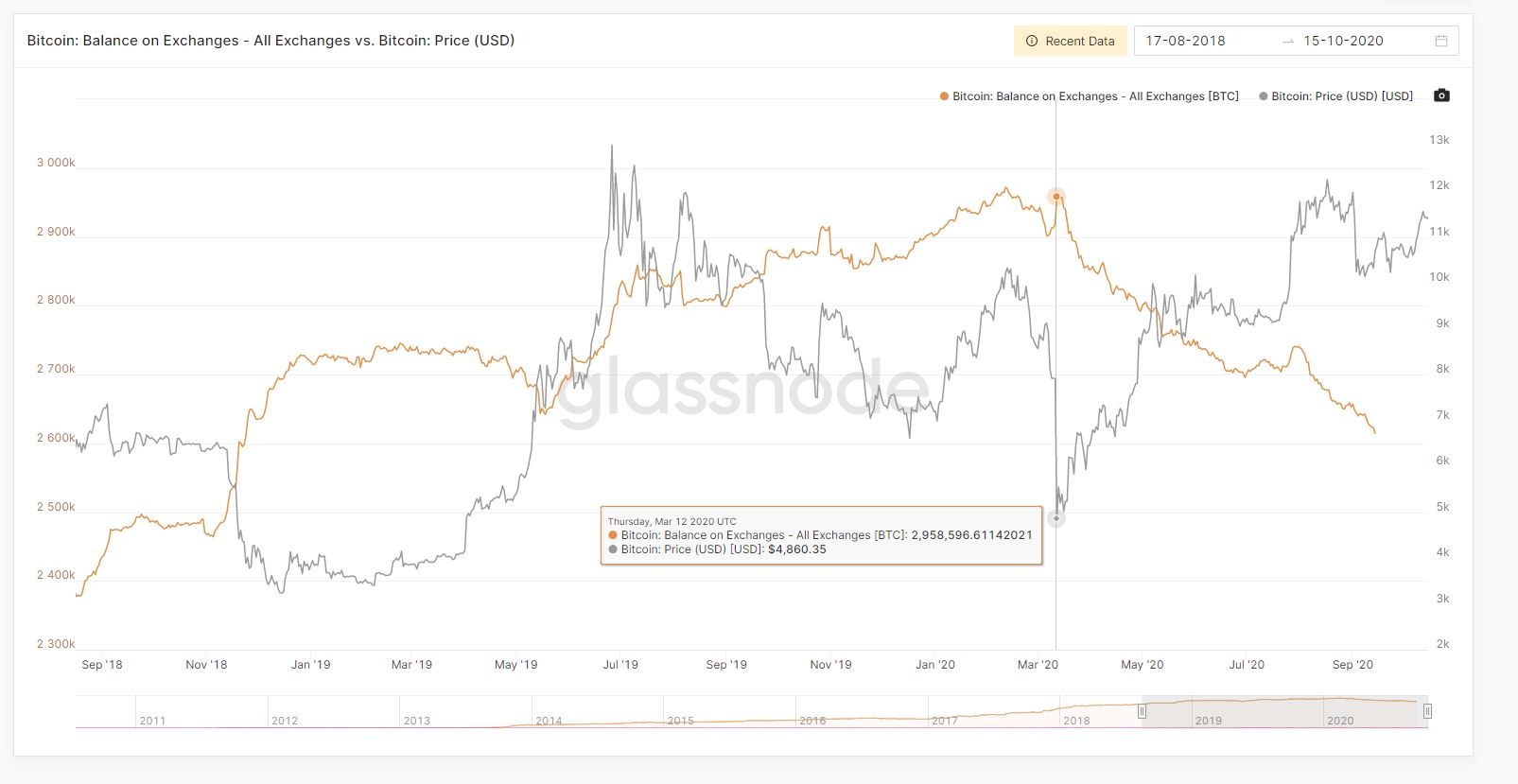 The Fib chart shows we are about to flip the 0.50 level at exactly the same time post halving as in 2016:

Are We Seeing the Same Patterns?

The similarities are uncanny…
And by January we hit a new all time high.
And April consistently trading above.
Once it gets going it happens fast…

While this is happening we are seeing a strong down turn in available BTC on exchanges. This is showing us the liquidity is drying up and eventually low supply and the same or higher demand = upwards pressure.

This is how fomo starts and demand kicks off while supply drops… this is shown on the Glass nodes chart. BTC on exchanges is the yellow line and has been dropping ever since the capitulation in March.

And at the same time more and more institutions are coming out saying they are holding huge positions in BTC: 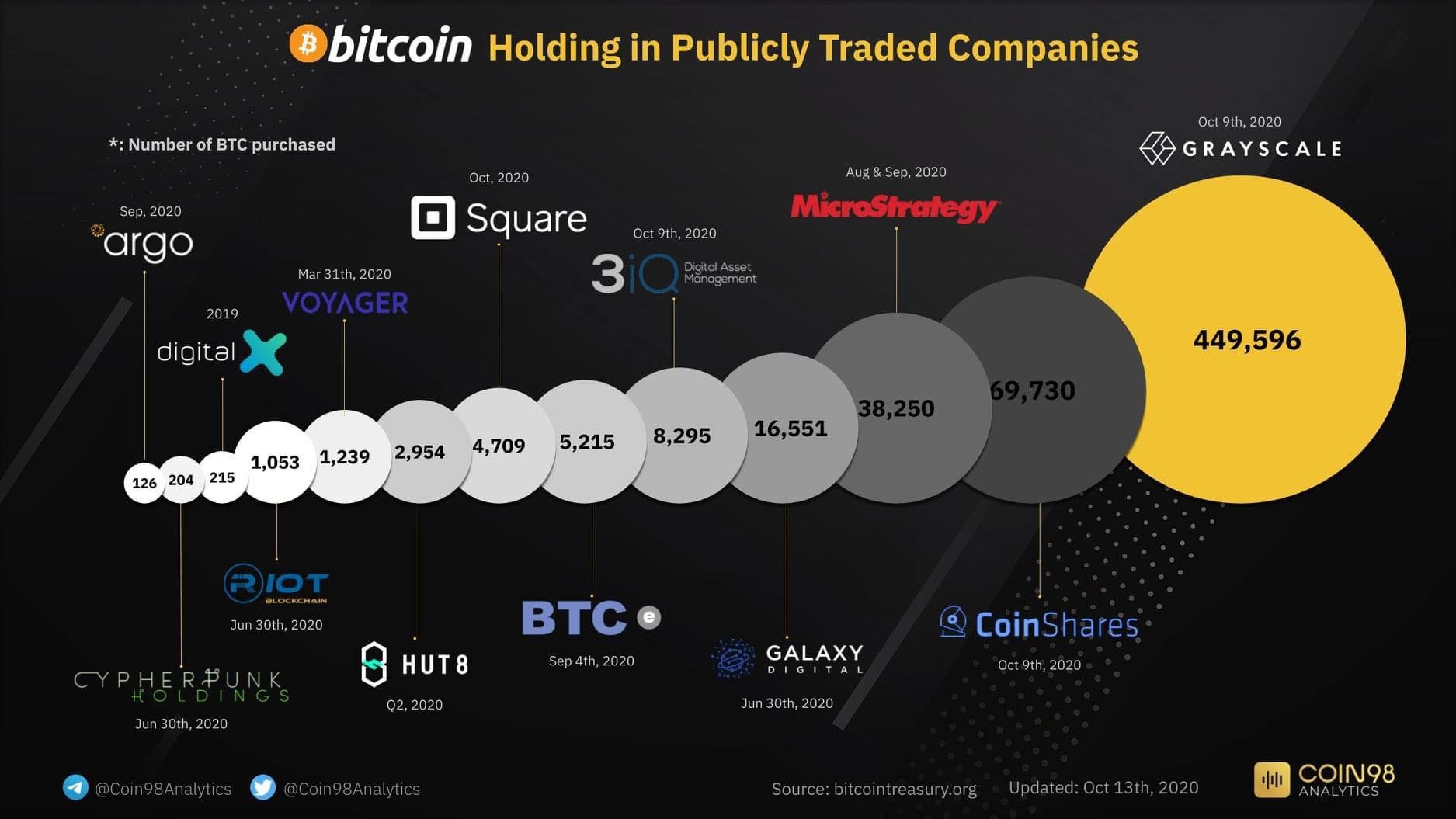 The next few months are going to be very interesting, but I am seeing the possibility of a new bull run parabolic move from mid November.

Yes there is a chance the stock market gets nuked because we don’t get a result in the US election for 2-3 weeks and there’s huge voter fraud, or civil war breaks out…

And price MIGHT dump to 9k or 9.6k or even 7.8k…but it also might just keep grinding sideways and up until 14k cracks, then its off to test ATH fair quickly IMO.

But after that I think the market cycle will take over and BTC will be pushing new highs by next year.
Just everything we have been watching for the last 4 years… it’s all lining up.

IMO it’s not the time to be out of position.